The Pomodoro Technique – A Productivity Hack

Productivity. It’s the difference between a slick working week and a nightmarish one that ends in late nights and weekend work.

As a small business owner or freelancer, your time is your most valuable asset. So making the most of it is absolutely imperative.

We tried and tested the Pomodoro Technique to find out whether it can make you more productive.

What is the Pomodoro Technique?

So, before we take you through how well it worked for us, here’s a quick lowdown on what the Pomodoro Technique is and how it works.

The focus is the key here. Be prepared to cut out everything you don’t need to complete the task. It will mean shutting off social media, sticking your phone on silent and giving that single task your entire focus.

How we tried it

We chose a fairly repetitive task – SEO keyword research. We had two separate but similar sized projects and we tried them on consecutive days. For one project, we worked Pomodoro. For the other, we just worked in the usual way we would.

Yes, it’s a small sample (of one). So our research is by no means scientific. But we think this is one productivity trick you should try for yourself. 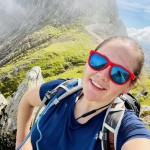 Stacey is an SEO and content marketing specialist by day. She's the founder of MacNaught Digital, which owns Micro Biz Mag, and has been writing copy for over a decade. She lives in Oldham with her husband and two sons.
Previous Post Micro Business Statistics 2021
Next Post What Should be in a Business Proposal?